What a year it has been, 2011 will go down as one for the books. From fashion buzz and news in DFW, to national level moments, this year never fell short of headlines, as well as this may have been a the year of the “NEW”, for New stores hit DFW, News stories, even New ways of getting your news. All the talked about topics made the Best of Sean In The City list, so lets recap shall we! 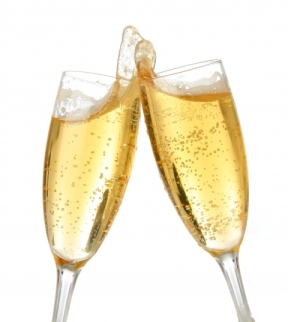 This past year gave way to full circle news worthy moments that affected everyone, not just in the DFW area. this year we saw the 10 th anniversary of the 9/11 tragedy. Even after 10 years it’s still hard to believe the events that are now a decade past, to be honest it’s probably even harder to believe its been 10 years. We also saw the 30th Anniversary of the 1st reports Of HIV/AIDS. although now classified as a chronic illness, there is still much work to do in the prevention and education of the virus, but 2011 proved to be a large milestone year, for the miracle one pill a day drug that are now available, it really is a far cry from were HIV/AIDS once stood 30 years ago. Another monumental moment we saw, was the conclusion of and American staple in television. in May we said goodbye to the mother of all Talk Shows, OPRAH. It was the show that highlighted topics ranging from Crisis, abuse, and celebs. everyone everywhere had a Oprah Aha moment in its 25 year run. And last but far from the least, this year also gave way to one of the most memorable entertainment moments. Our Lady Of Gaga dominated 2011 with the release of her iconic Born This Way album. An album that to many will go down in music history. From the Egg, to her affair of a fallen saint, and her the song that spoke of her marriage to her career, Lady Gaga sure did track in 2011, and seems that she will be tracking right on through 2012. whether you are a fan or not, it was hard to escape the lady.
As for DFW well, there was much to talk about right here at home. The TV boom in Dallas is still hot, the reality show craze hit everyone hard this year, some expected and some unexpected moments. 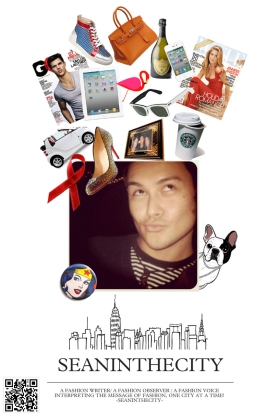 BIG & RICH Texas gave Style Network viewers a glimpse into our over the top lifestyles here in Big D. The ladies and their equally large Big & Rich personalities were everywhere in Big D. People are still talking, and now they are already buzzing about next seasons installment, with some new characters. However the talk of summer 2011 was surely the new Bravo show Most Eligible : DALLAS, which featured Dallas chic singles, and of course break out Bravoleberity Kourtney Kerr, people are still talking of this summer’s premiere. Then of course there is the unexpected TV madness we didn’t see coming, naturally I’m talking of Karadashian Mania that swept Dallas by storm only a few weeks ago. The news of Lamar Odem’s trade to the Dallas Mavs was dwarfed by his A-List Wife Khole Karadashian. To be honest, I have never really “kept up” with the Karadashians, but Khloe sure is turning out to be a favorite, the rumors of a DASH Boutique location right here in Big D also has many fashion trend setters and news makers in a buzz over the facts.

It wasn’t just in the TV world that we saw a boom, The retail world in DFW had a more than it share fashion news briefs. After a year in half of wondering and wishing, H&M finally opened its doors this summer at NorthPark Center. Attracting 3,000 plus fashion fans to its opening day. Our obsession with having one in Big D was overwhelming the year prior, and after the opening of the NorthPark center location, news quickly spread that three other locations were also due to open. when the news cooled over the openings of H&M through out DFW, it was directly followed by the news that the flagship location at NorthPark Center was due to launch the iconic Versace Collection for H&M. It was the collection that was an international craze that we were so happy to shop, right here in DFW.
2011 also saw another long wait finally come to an end, The Fashion World Of Jean Paul Gaultier : From The Side-Walk to the Cat Walk, finally opened at the Dallas Museum of Art. it was the first US showing of the exhibit and not to mention of the most high-profile fashion focused exhibition to hit Dallas. To many this event cemented us as firm fashion capital in the US.
Last July, Dallas saw the launch of a new and fresh online style publication, which has everyone glued to the Daily style news breaks in the DFW area. it’s seems we owe allot to its Editor-in- Chief, who now has us all thinking how we ever got our news before this fashion jewel came to be. Lisa Petty, this year Launched DFW Style Daily, a daily trend setting, trend reporting and trending topic for all of us fashion kings and queens in DFW. Many would agree that we have gotten into a habit of checking DFW Style Daily prior to our personal email inboxes. With a power house team that contribute all areas of the DFW Fashion scene it’s hard to even put down our iPads and close our browsers for fear we might miss a style update.
So much to talk about the year past, and so much to look forward to in the coming year. Take a look at some of the great moments on Sean In The City.
.

BEST OF 2011
HIV/AIDS at 30 years Remembering 9/11
Oprah, saying goodbye Welcoming JPG
Launching DFW Style Daily
H&M opens NorthPark Center Versace For H&M Launched
Dallas turns into TV Gold BRAVO TV takes a slice of DFW TV
ObsesSEAN List
As for me and my personal memorable moments, well there was way to many to even try to put down in words. my gratitude journals are overloaded with a year that was truly blessed. One thing however that had many of you a buzz, was my Obsession List. it was my ever-changing chronicle of what was sparking my fancy during the year. This year was a wonderful, eventful, and fashionably rich year. 2012 is proving to be equally eventful or perhaps even more eventful. As for Sean In The City, well I am happy to say now that we are at year’s close, many things are in the works for the upcoming year. in fact one major surprise is coming, a soon to be new feature that has me biting my tongue. Many things in the works is about all i can say.