Well, the time finally came,   DALLAS,  the new break out city for the it network BRAVO. To be Honest, the new  show Most Eligible: Dallas was a sure win with its fresh take on the single in the city lifestyle,  it seems the cast, of the Pilot installment of  a new franchise, is  as fitting as Dallas Boot with enough stomp to make a very BIG and lasting impression for all living outside of our Fab  City Limits.

Monday night’s Premiere Party at Highland Park Village with a screening of the show  at  Village Theater, then moving into  Marquee Grill for chic after hours cocktail,  was a  true Dallas Style Party that couldn’t have been missed, hosted by GILT CITY DALLAS , it made for  a fabulous time celebrating our new guilty pleasure show, and of course  celebrating everyone who is Most Eligible in Dallas.

Courtney and Alison Edwards of Wheres Wear In The City

I have to admit, it is refreshing to see the return of the being ‘Single in the City’ persona once more, i cant help but remember that  other elusive and equally fabulous show that was allot about being single.

lets be clear, i’m no TV critic, but what i am is single  and of course Eligible,  i was beginning to think i was the only one left in this town, well I’m so happy to say “i was wrong!”

The return of the Fab singles girls and boys of this tiny world of just that “being single” are back! No Housewives or Househusbands, just a group of  singles looking for the perfect mate, and will stop and nothing to get him/her.

Bravo’s New show “WITH OUT A DOUBT” is  a show that is yet again celebrating  being Young, Fab, and of course the pleasures of being Single.  Its yet another innovative idea from a our Master of Television Andy Cohen. The Takes of being single in a larger than life city clearly is a no holds barred take on a show that  may be long gone, but we as single people still crave to watch. One can say Most Eligible: Dallas is  the ‘REAL’ story of  how the other half live, and by other half I mean, us who are single.

The premiere party said it all, this show is a  force in being Single in the City, for more on the  premiere party, no one could have  said it, showed it, and worked it better  than the fabulousOh So Cynthia, get scooped into the night of all things Fab. 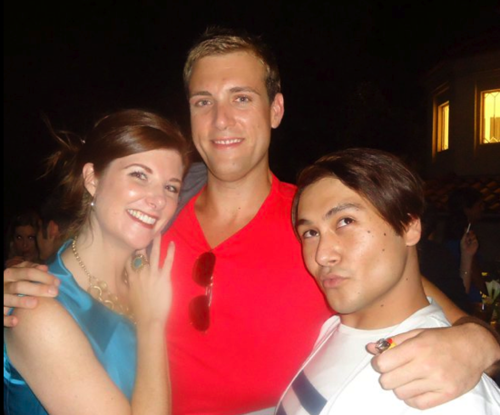 Cynthia Smoot of Oh So Cynthia with Drew Ginsburg

Most Eligible : Dallas is the toast of the town, and whats real, is  that it seems the cast is toasting all of us who are along for the ride with them, in looking for fun, fashion, friends,( ok, ok ) and LOVE.

Dallas has become a fab cocktail and there is no question that us single eligible Dallasonians are the straws stirring  things up, Bravo to the cast of Most Eligible Dallas, its going to be a  fun ride.

One thought on “Bravo Dallas !”